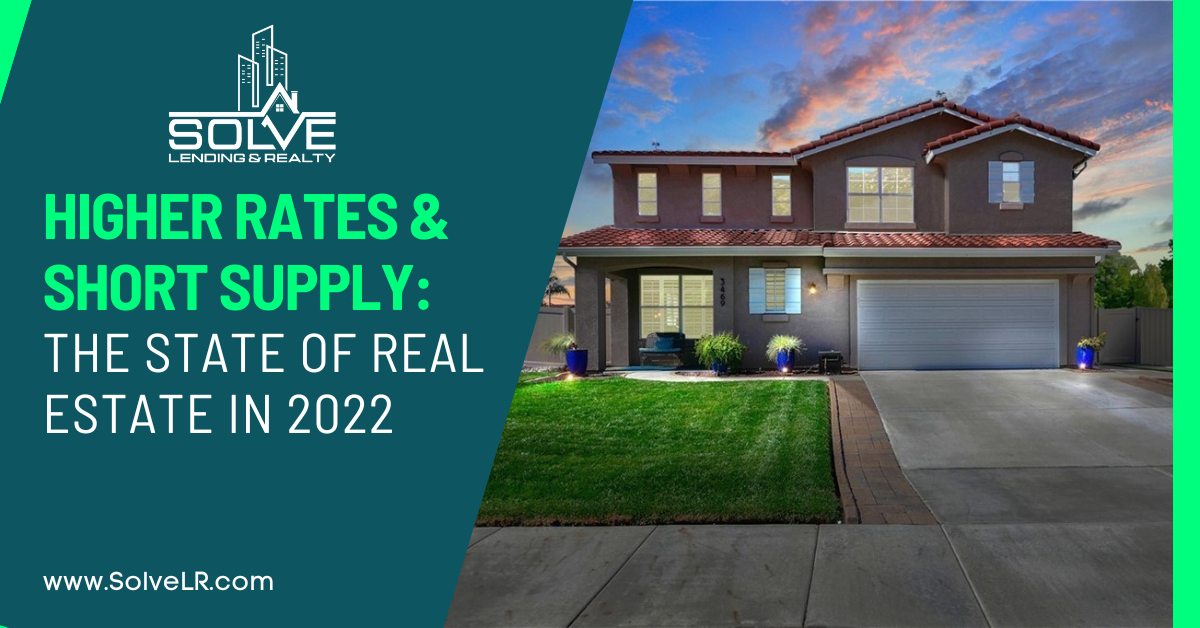 The last two years caught many of us off guard—and not just because of the pandemic. They also ushered in the hottest housing market on record, with home prices rising nationally by nearly 19% in 2021, driven primarily by low mortgage rates and a major supply shortage.(1)

But while some had hoped 2022 would bring a return to normalcy, the U.S. real estate market continues to boom, despite rising interest rates and decreasing affordability.

So what’s driving this persistent demand? And is there an end in sight?

Here are three factors impacting the real estate market right now. Find out how they could affect you if you’re a current homeowner or plan to buy or sell a home this year. 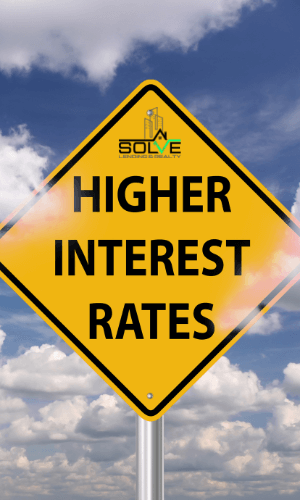 Over the past couple of years, homebuyers have faced intense competition for new homes—in part due to historically low mortgage rates that were a result of the Federal Reserve’s efforts to keep the economy afloat during the COVID-19 pandemic.

However, in response to a concerning level of inflation, the Fed is now reversing those efforts by raising the federal funds rate. And as a result, mortgage rates are rising, as well. Few experts predicted, though, that mortgage rates would go up as quickly as they have.

In January 2022, the Mortgage Bankers Association projected that rates would reach 4% by the end of this year.(2) By mid-April, however, the average 30-year fixed mortgage rate had already hit 5%, up from around 3% just one year prior.(3) On a $400,000 mortgage, that 2% difference could translate into an additional $461 per monthly payment.

Since then, mortgage rates have continued on an upward trend. So what impact are these rising rates having on demand? While many buyers had hoped for a cooling effect, experts warn that may not be the case.

Ali Wolf, chief economist at housing market research firm Zanda, told Fortune magazine, "Rising mortgage rates are having a counterintuitive effect on the housing market. Home shoppers are actually sprung into action in an attempt to buy a home before mortgage rates rise any higher."(4)

While current 30-year fixed mortgage rates represent an increase over previous months, they remain well below the historical average of 8%.(5) As inflation across the economy continues, the Fed is likely to raise rates further this year. Buyers should act fast to secure a good mortgage rate. We’d be happy to refer you to a lender who can help.

For sellers, speed is also of the essence. The pool of potential buyers may shrink as mortgages become more expensive. And if you plan to finance your next home, you’ll want to act quickly to secure a favorable rate for yourself. Contact us today to discuss your options. 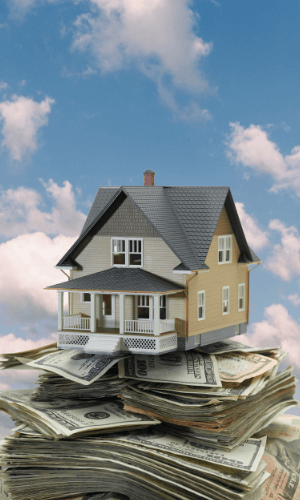 Forecasters expect that home prices will continue to go up throughout 2022, though likely at a slower pace than the 18.8% increase of the last 12 months.4 Bank of America predicts that prices will be up approximately 10% by the end of this year, while Fannie Mae estimates 11.2%.(6,7)

In addition to limited supply and a race to beat rising mortgage rates, home values are also climbing because of positive economic indicators, like low unemployment.(8) Plus, rents are soaring–up 17% from a year ago–which is prompting more first-time homebuyers to enter the market.(9) Add to that the continued popularity of remote work, and it’s easy to see why property prices continue to surge.

However, it’s not all bad news for prospective homebuyers. Economists expect that as mortgage rates rise, the rate of appreciation will continue to taper, though the effect may be gradual.

“Eventually mortgage rates will slow down home prices,” according to Ken Johnson, an economist at Florida Atlantic University interviewed by Marketwatch.10 “We should not see rapid upticks in prices as mortgage rates rise.” Forecasters agree—Fannie Mae expects price increases to slow to 4.2% in 2023.(7)

While the pace of appreciation is likely to decrease next year, home prices show no signs of going down. However, current labor shortages are leading to higher salaries and better job opportunities for many workers. You may find that your income growth outpaces home prices, making homeownership more affordable for you in the future.

For homeowners, the outlook’s even brighter. You could find yourself sitting on a nice pile of equity. Contact us for a free home value assessment to find out.

As noted, one of the largest hurdles to homeownership is a lack of inventory. According to a February 2022 report by Realtor.com, there’s an expanding gap between household formation and home construction, which has resulted in a nationwide shortage of 5.8 million housing units.(11)

The origins of this shortage date back to the 2008 housing crisis, during which crashing home values led contractors to stop building new properties—a trend that has not been fully reversed.(12)

That decline in home construction also resulted in a decrease in the number of home building professionals, a trend that was exacerbated by job losses during the COVID-19 pandemic. Now, many builders are limited by their ability to find qualified labor.

Another major challenge is a staggering increase in the cost of materials. Pandemic-related supply chain shortages have been a significant driver, with home building material costs rising on average 20% on a year-over-year basis. The price of framing lumber alone has tripled since August 2021.(13)

These trends add tens of thousands of dollars to the cost of a typical home. Factors like a lack of buildable land in many areas, restrictive zoning, and a shortage of developers are also contributing to the issue.(14)

Most homebuying experts agree that the lack of inventory is the primary factor driving rising housing prices and unprecedented competition for homes. With available housing units near four-decade lows, the end of the current housing boom is not yet in sight.(15)

Prospective buyers should be prepared to compete for a home, since low inventory can lead to multiple offers. You may also need to expand your search parameters. If you’re ready to look, we’re ready to help.

For sellers, the picture is rosier. In this strong market, your home may be worth more than you realize. Contact us to find out how much your home could sell for in today’s market.

While national real estate trends can provide a “big picture” outlook, real estate is local. And as local market experts, we can guide you through the ins and outs of our market and the local issues that are likely to drive home values in your particular neighborhood.

If you’re considering buying or selling a home, contact us now to schedule a free consultation. We can help you assess your options and make the most of this unique real estate landscape.

By submitting above, I authorize an affiliated Solve Lending & Realty representative to call me, send text messages and emails to me about property valuations and financing options at the number entered above even if I'm on a National or State "Do Not Call" list. You can opt-out anytime, data and message rates may apply.